Overview: figures at a glance 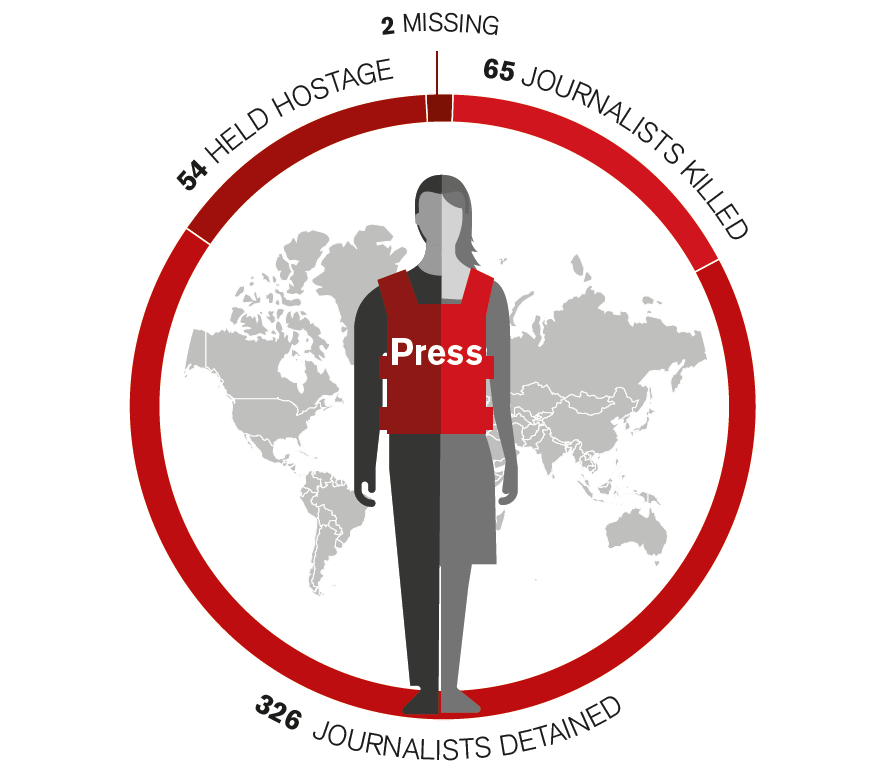 How we calculate these figures

Compiled by RSF every year since 1995, the annual round-up of abuses and acts of violence against journalists is based on precise data. We gather detailed information that allows us to affirm with certainty or a great deal of confidence that the detention, abduction, disappearance or death of each journalist was a direct result of their journalistic work. With regard to deaths, we distinguish as much as possible between journalists who were deliberately targeted and those who were killed while reporting in the field. We do not include journalists in the round-up when we have been unable to affirm with a great deal of confidence that they were killed in connection with their work, or when the case is still being investigated.