Two journalists who disappeared during 2017 are still missing. Both are Asian.
A Burundian reporter, Jean Bigirimana, was the only journalist who went missing
last year. 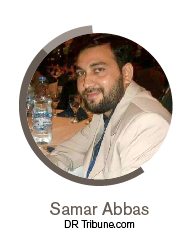 Of the five Pakistani bloggers who were abducted in January 2017, four were released after being held for several weeks but the fifth, Samar Abbas, never reappeared. Aged 38 and based in Karachi, Abbas founded the Civil Progressive Alliance Pakistan, a group that defends human rights and religious freedom and posts independently-reported information on its website with the aim of offsetting statements made by security forces and religious extremists. When Abbas went to the capital, Islamabad, on January 7, his family say they were in constant contact with him until his mobile phone suddenly went dead later that day. His disappearance was reported on January 14. His wife and three children have received no news of him since then. One of the four released bloggers, who has fled the country, has accused the Pakistani military intelligence services of responsibility. This accusation has been met with official denials. The other three bloggers refuse to provide any details about where they were held. 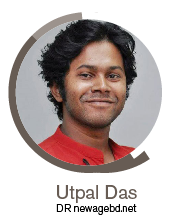 The mother of Utpal Das spent October 31 beside her phone in the hope that he would call her on his 29th birthday but the phone did not ring and, like every other day since October 10, it brought no news of her son. No one has heard from Das, a senior reporter for the Dhaka-based news website Purboposhchimbd.news, since he left his office at around 4 p.m. on October 10. His editor reported him missing on October 22 and his father filed a separate missing report the next day. The police have found no trace of Das, who specialized in politics and was preparing a story about the ruling Awami League at the time of his disappearance. Around 100 journalists formed a human chain in Dhaka on November 8 to draw attention to his disappearance and to relay his family’s request for Prime Minister Sheikh Hasina to intervene.