Exclusive: During the third week of the campaign for Brazil’s two-round presidential election on 2 and 30 October, Reporters Without Borders (RSF) continued to monitor more than 100 Twitter and Facebook accounts of journalists, government officials and candidates with the aim of understanding how online hatred against the media originates and spreads. The third week was marked by online attacks against Juliana Dal Piva, the journalist responsible for an explosive investigation into property bought by the president’s family with cash.

RSF and the Laboratory for Image and Cyberculture Studies (LABIC) registered some 34,000 attacks against the Brazilian media on Twitter during the third week of the campaign (from 29 August to 4 September). Although a big drop on the 2.8 million attacks registered during the second week, which was marked by interviews and a TV debate among the candidates, it showed the systematic nature of the attacks against journalists. 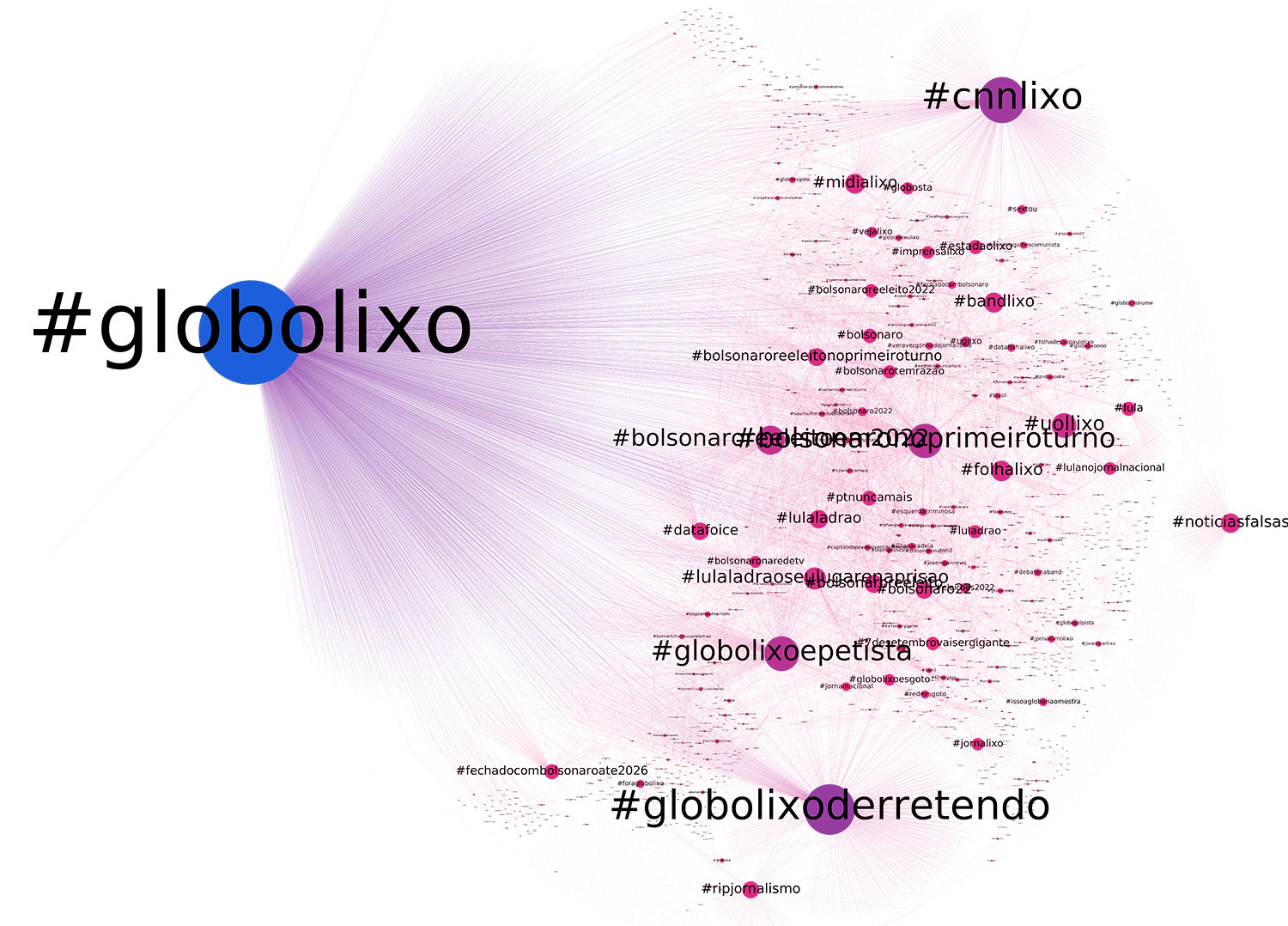 Juliana Dal Piva was the target of around 100 separate attacks on Twitter during the third week of the campaign after the UOL news site published an investigative report by her on 30 August revealing that members of the Bolsonaro family had bought at least 51 apartments, houses and plots of land with cash since the 1990s. The report’s revelations had a huge impact in Brazil and triggered a wave of insults and threats against its author. Dal Piva is a veteran journalist who has often been the target of nauseating and misogynist attacks over previous exposés about Bolsonaro family corruption. On Twitter, RSF has observed repeated attempts to discredit her work and the sharing of false information about her on a massive scale. 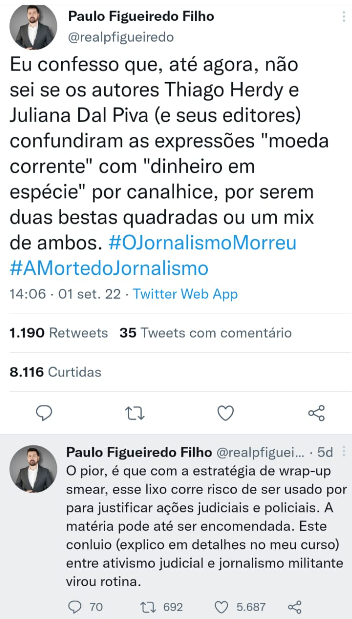 As during the second week, the most virulent Twitter accounts identified by RSF and LABIC in the third week – @antonioalvespho, @theoneto18 and @paulodmathias – are all accounts that openly support President Bolsonaro.

See the analysis of week 2 in French here.