The Gulf Centre for Human Rights (GCHR) defends freedom of expression, association and assembly in the Arabian Peninsula and Gulf, understanding this region to encompass Yemen, Oman, Saudi Arabia, United Arab Emirates, Qatar, Bahrain, Kuwait, Iran and Iraq. It decided to include Syria in its mandate in 2013 on the grounds that it was vital to document human rights violations in a country whose conflict was having a major impact on its neighbours. 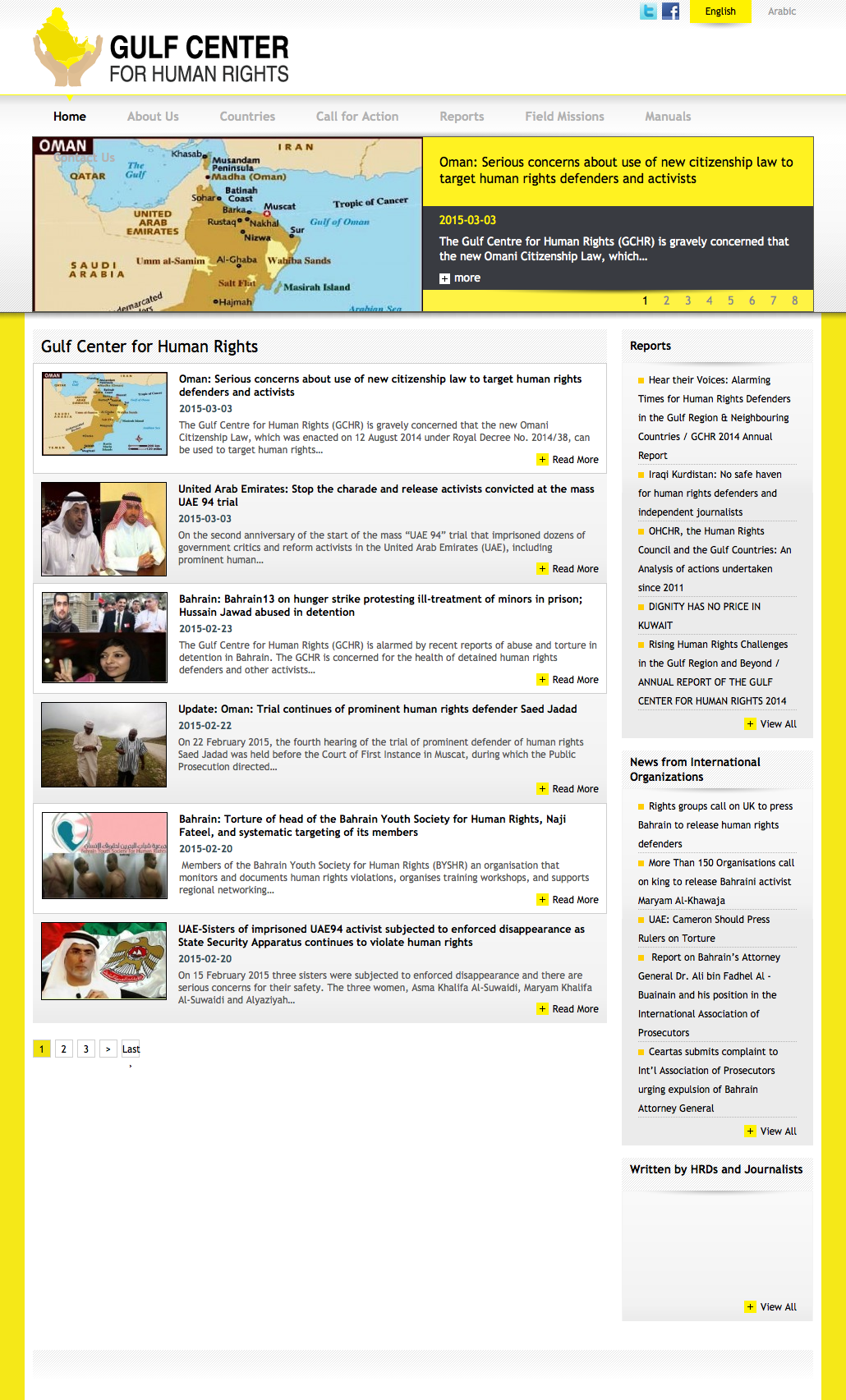 The GCHR speaks out internationally in defence of the region’s journalists and human rights groups. In December 2013, it joined nine other NGOs including Reporters Without Borders in asking UN special rapporteurs Frank La Rue (freedom of opinion and expression) and Juan Méndez (torture and other cruel, inhuman or degrading treatment) to investigate the cases of three journalists – Mohamed Les Hassan, Hussain Hubail and Qassim Zain Aldeen – who had been arrested and tortured in Bahrain for covering anti-government protests in 2012 and 2013.

The Centre has offices in Beirut, Copenhagen and Istanbul. Several of its staff have been arrested in Saudi Arabia and are still being held.