Reporters Without Borders (RSF) is extremely concerned about a decision by the Uganda Communications Commission (UCC) to ban on live broadcasts by TV, radio or other electronic media that do not respect undefined “minimum” standards. RSF calls for the ban to be lifted at once.

In a 26 September directive, the UCC told broadcasters that live feeds that were “in breach of the minimum broadcasting standards” could result in “suspension and revocation of your licence.”

The UCC issued the directive shortly after several TV stations provided live coverage of a scuffle among parliamentarians during a debate earlier the same day in parliament about a proposed constitutional amendment to abolish age limits for presidential candidates. 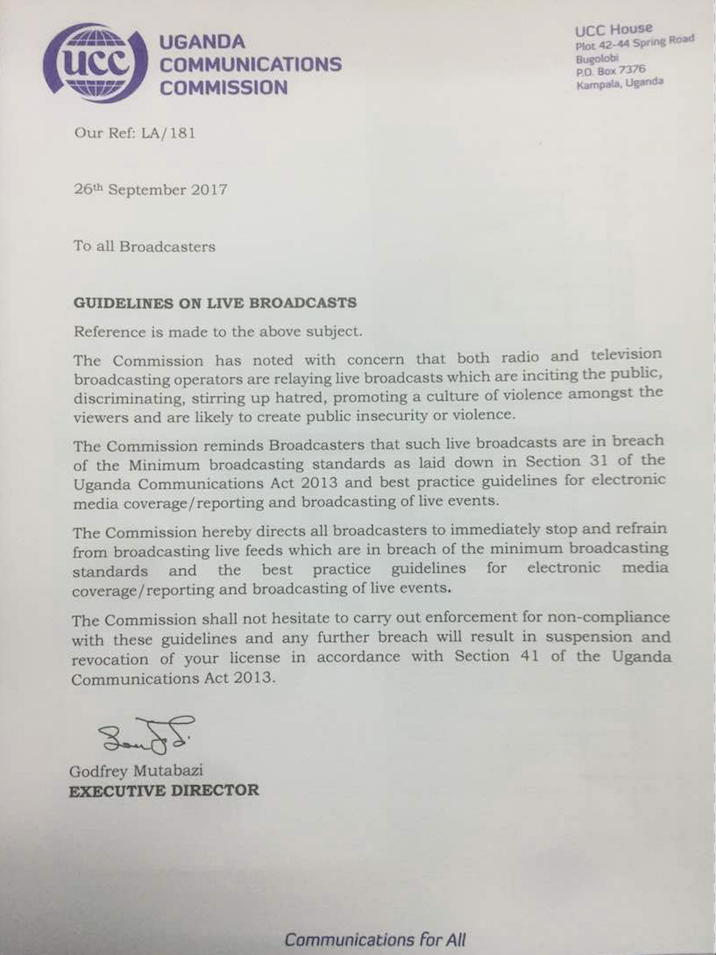 “This kind of indiscriminate ban constitutes a new level of censorship for Uganda,” said Reporters Without Borders. “The UCC is using the parliamentary altercation to threaten the media by applying arbitrary and restrictive measures. We ask the UCC to rescind this decision at once in order to allow the media to freely reflect what really happens in Uganda.”

The proposed amendment has triggered heated reactions in certain quarters of Ugandan society that the authorities would rather not see covered.

Four reporters – Isaac Otwii of the Daily Monitor, Robert Kalibongo of Radio Unity, Denis Engena of Nile Broadcasting Services (NBS) and freelancer Martin Ongomwere –­ arrested while covering protests in the northern Lira district on 26 September and were held overnight before being released without charge.

Several journalists were roughed up by police on 27 September while covering a protest by parliamentarians that was being broken up by the police.