Founded in December 2007 by a group of Tibetan journalists in exile in Dharamsala, in northern India, Tibet Post International (TPI) is a trilingual news website (English, Tibetan and Mandarin) that aims to promote democracy and free speech within the Tibetan community and to cover human rights violations in China’s Tibet Autonomous Region. In December 2012, TPI launched a bimonthly in English that is targeted at the Tibetan community in Dharamsala. 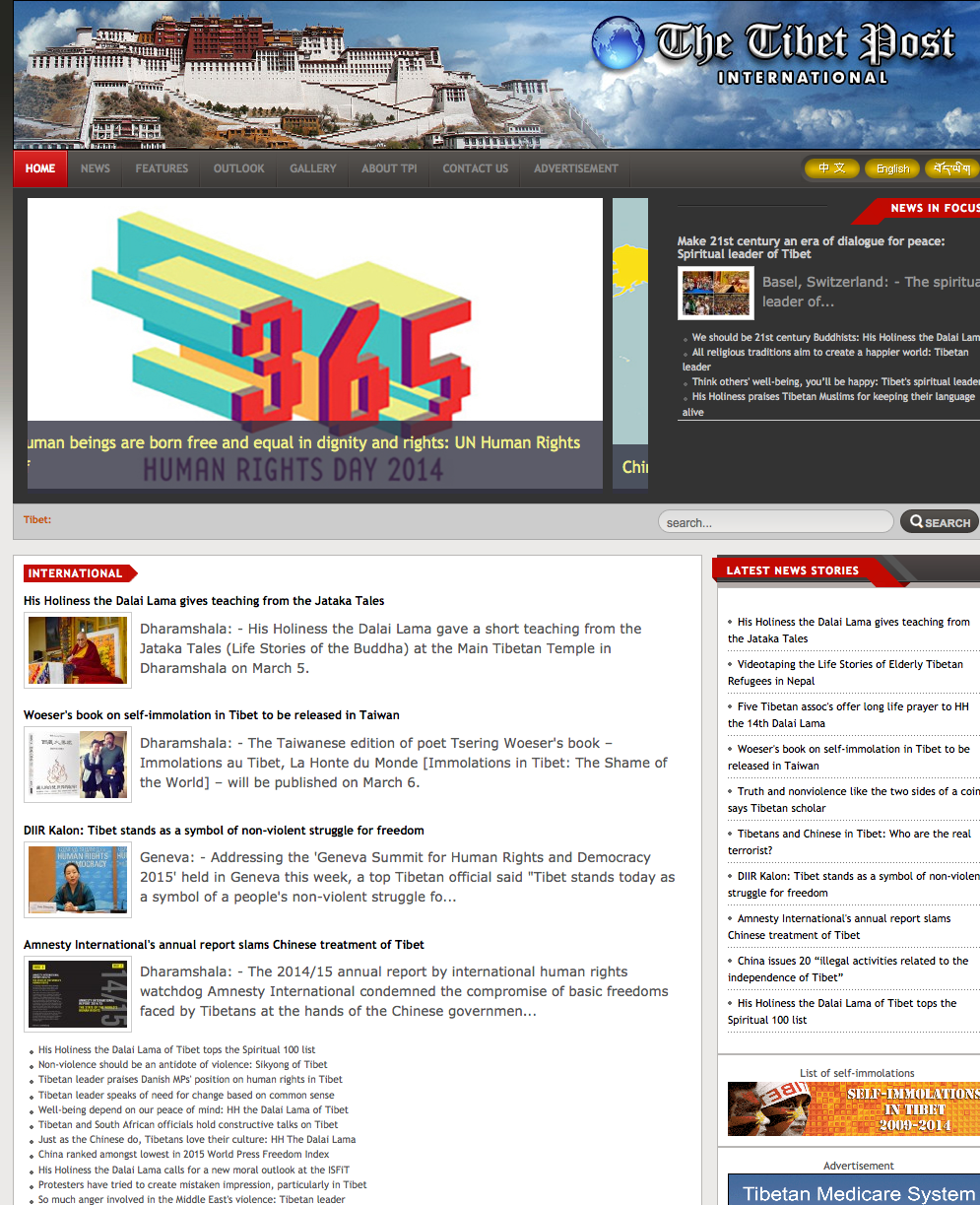 Nowadays, TPI is one of the leading sources of news about Tibet for both the international community and readers inside China, whose numbers have grown steadily although the Chinese authorities block access to the site.

With the help of its network of sources inside China, TPI covers censorship and suppression of freedom of information by the Chinese authorities and often has exclusives about Tibetans who try to inform the outside world about their situation and about police and army attempts to control the flow of information within the region or spy on the population.

Dhondup Wangchen and Jigme Gyatso, two Tibetan citizen-journalists who were arrested for shooting a documentary during the run-up to the Beijing Olympics, received active support from TPI from the time of their arrest in 2008 until Wangchen’s release in 2014.