Little to celebrate on Day of the Journalist in Venezuela

Reporters Without Borders (RSF) regrets that political tensions continue to fuel growing violence against the media in Venezuela, which celebrates Day of the Journalist today with little to celebrate after a dramatic decline in the environment for reporters since the start of the year.

The figures are dizzying. According to The National Press Workers Union (SNTP), 376 journalists were attacked between March 31st and June 24th. Police forces were responsible for 170 of of these attacks. Still according to the SNTP, 33 journalists were illegally detained during this same period.

Journalists have obviously not been the only victims of the violence. More than 75 Venezuelans have been killed and 2,000 injured in demonstrations since the start of the year. The country was especially shocked by the death of David Vallenilla, a young activist shot by police on 22 June. Around 3,000 protesters have also been arrested, of whom more than 1,000 are still held*. 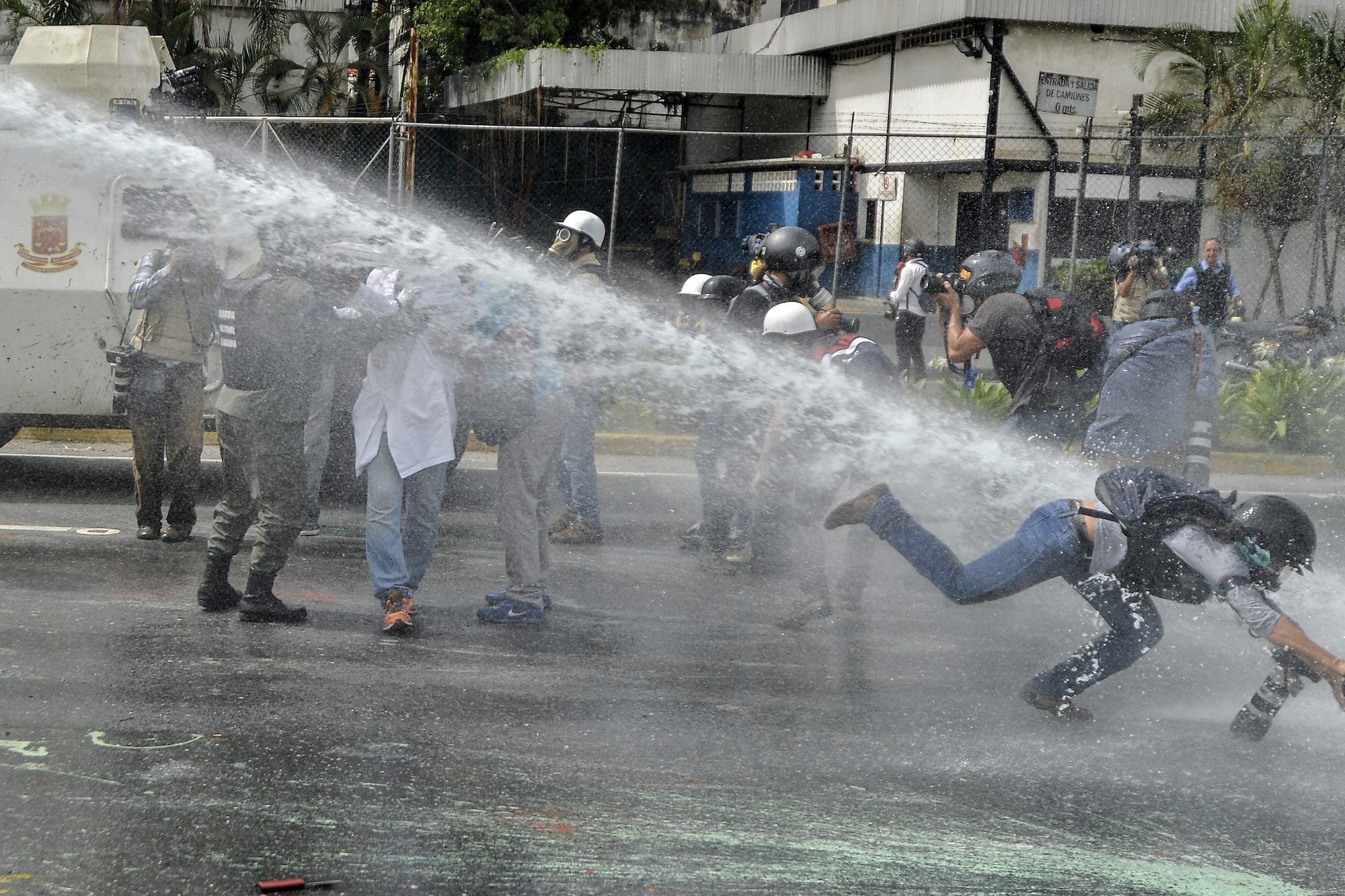 AP photographer Ariana Cubillos is knocked down by the water jet of a riot control vehicle as opposition activists clash with riot police during a health care personnel march in Caracas on May 22, 2017. LUIS ROBAYO / AFP

“On this special day, we pay tribute to the courage of Venezuela’s journalists, who continue to report the news in the face of adversity and deplorable security conditions,” said Emmanuel Colombié, the head of RSF’s Latin America bureau.

“Freedom of expression and the freedom of the press are in great danger in Venezuela. President Nicolás Maduro’s government must stop systematically obstructing and censoring the media and must guarantee the safety of both protesters and the journalists covering the protests.”

The National Telecommunications Commission (CONATEL), whose director was replaced on 21 June, meanwhile continues to close media outlets. Since the start of the year, it has shut down more than 41 radio and TV stations in states governed by Maduro’s party, according to the IPYS.

Facilitated by the government’s extension of the “state of exception” in May, the media closures are being carried out without any transparency and without any grounds being given.

The latest TV channel to be shut down was ULA TV, the channel operated by the University of the Andes. Its signal was disconnected on 15 June after an inspection by CONATEL, which also confiscated journalistic material from its newsroom.