Colleagues and friends of Mathias Depardon, a French freelance photojournalist detained in Turkey since 8 May, announce the creation of a support committee coordinated by Reporters Without Borders (RSF).

The committee, in which France's Syndicat National des Journalistes (National Union of Journalists) is participating, was launched at meeting held at RSF headquarter in Paris on 29 May to decide the first steps to be taken.

The campaign on behalf of Depardon already bore initial fruit when French President Emmanuel Macron raised the issue of Depardon’s detention during a meeting with Turkish President Recep Tayyip Erdoğan on 25 May. 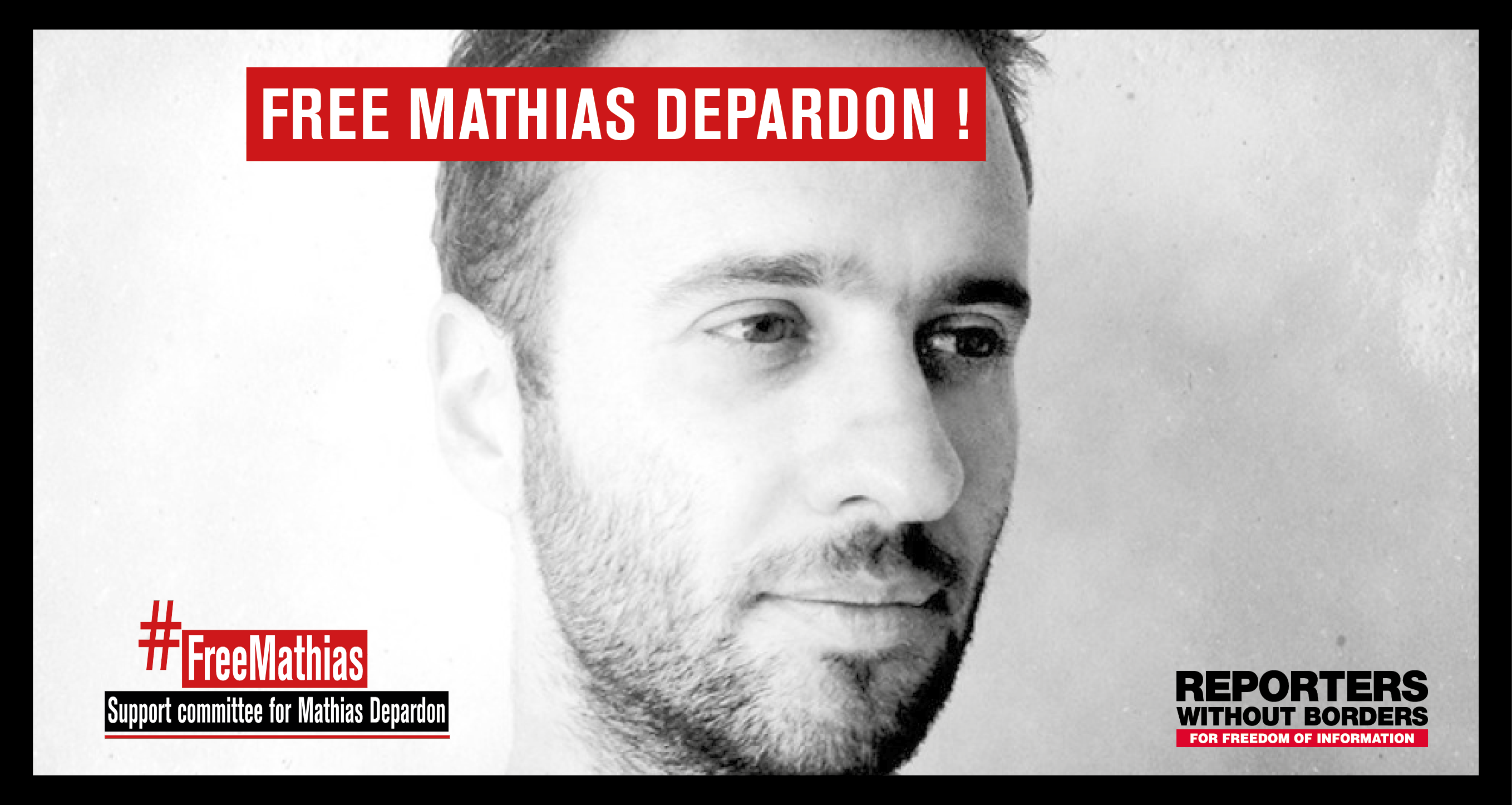 The committee’s goal is to mobilize the public and get political leaders to take whatever action is necessary to ensure that the Turkish authorities release Depardon, who should not have been arrested in the first place.

“The creation of this support committee will allow us to step up the campaign if that becomes necessary, that is to say, if the Turkish authorities do not release Mathias Depardon in the next few hours,” RSF secretary-general Christophe Deloire said.

“With the goodwill and commitment of Mathias’s colleagues and friends, we will soon take some initiatives, including displaying banners on public buildings and launching a petition and an online campaign.”

Libération managing editor Laurent Joffrin, the support committee’s spokesman, said: “Mathias Depardon will soon have been held in Turkey for a month. Despite the announcement of his deportation and the involvement of the highest government levels, nothing has happened. His ordeal has lasted too long. We must pursue and step up our campaign in order to force the Turkish authorities to end this Kafkaesque situation at once.”

Based in Turkey for the past five years, Depardon was arrested on 8 May while reporting in the southeast of the country for National Geographic magazine. Although an order for his deportation was issued on 11 May, he is still being held at a detention centre in Gaziantep, a city near the Syrian border.