Reporters Without Borders (RSF) endorses the tribute paid to the Iraqi Kurdish journalist and fixer Bakhtiyar Haddad at this year’s Bayeux-Calvados War Correspondents awards in France and announces. RSF will henceforth keep a separate log of events involving fixers, who are indispensable for war reporting although they enjoy no official status.

All the French journalists who worked with Bakhtiyar Haddad recall how he would often burst out laughing. Tragically, he and French reporters Véronique Robert and Stéphan Villeneuve were fatally injured by another kind of explosion, that of a mine on June 19 in Mosul’s old town, which ended up being retaken without them. Haddad’s roars of laughter have fallen silent but the impact of his death has served as a reminder of the importance of fixers, a category of journalist that, although not officially recognised, has emerged as essential in the many wars since the end of the Cold War.

References to “fixers” began during the First Gulf War in 1991. They are the specialists who “fix” or arrange all sorts of things for visiting reporters. Without a fixer, a visiting reporter cannot operate quickly or effectively. The fixer’s list of contacts opens doors and obtains interviews. Fixers serve as a compass in a chaotic universe in which a violent conflict has rendered all the usual landmarks unrecognizable.

“I provide an orientation service that enables journalist to dive in even before they arrive,” said Bitta Bienvenu, a fixer in Central African Republic. The assets of these guides-cum-interpreters-cum-logistics specialists include their local knowledge, their extended family, their ethnic group, their friends and any kind of connection that helps them to guarantee the safety of the journalists who turn to them. Fixers are often also the reporter’s guardian angel.

“The homage we must pay to an individual, called Bakhtiyar Haddad, should be accompanied by a thoughtful tribute to his profession, one that has become indispensable in war zones,” RSF secretary-general Christophe Deloire said.

“Without fixers, a great deal of reporting would not happen. Without them, there would be many more news black holes. To better reflect their role, Reporters Without Borders will henceforth keep a separate record of acts of violence in which fixers are the victims. Operating behind the scenes and often risking their lives, they work for the same goal as reporters, which is to inform.”

Like the journalists they accompany into war zones, fixers take enormous risks - to the point that their names sometimes become forever linked. The Afghan Zabihullah Tamanna and the American David Gilkey, the Ukrainian Andreï Mironov and the Italian Andrea Rocchelli, the Gaza-based Palestinian Ali Shehda Abu Afash and the Italian Simone Camili were all killed together by bombs or artillery shelling between 2011 and 2016.

The dangers for fixers are not however limited to those of war zones. Their asset of being a “local,” can also be their biggest weakness. Twice in Afghanistan, when a kidnapped foreign journalist was freed, the accompanying fixer was killed. Ajmal Nashqbandi was beheaded by his abductors in 2007 and Sultan Munadi was fatally shot by the British soldiers who rescued their national Stephen Farrell from his abductors in 2009.

Becoming a fixer means exposing yourself to threats of various kinds, and not only on the war front. Dozens of local journalists have been killed in Iraq, Syria, Yemen and Afghanistan while working as fixers or reporters for foreign media. Working for a foreign media outlet in these countries can make you a target for armed groups that kidnap for ransom or carry out execution-style killings.

Akbar Khan, a member of a leading Pashtun family in Afghanistan, learned this terrible lesson 15 years ago. “I’d received warnings,” he said. “Several people told me I was going to pay dearly for working with foreign journalists.” But he never imagined that something would happen to his family. He never imagined that his two-year-old son would be kidnapped and then killed as a result. 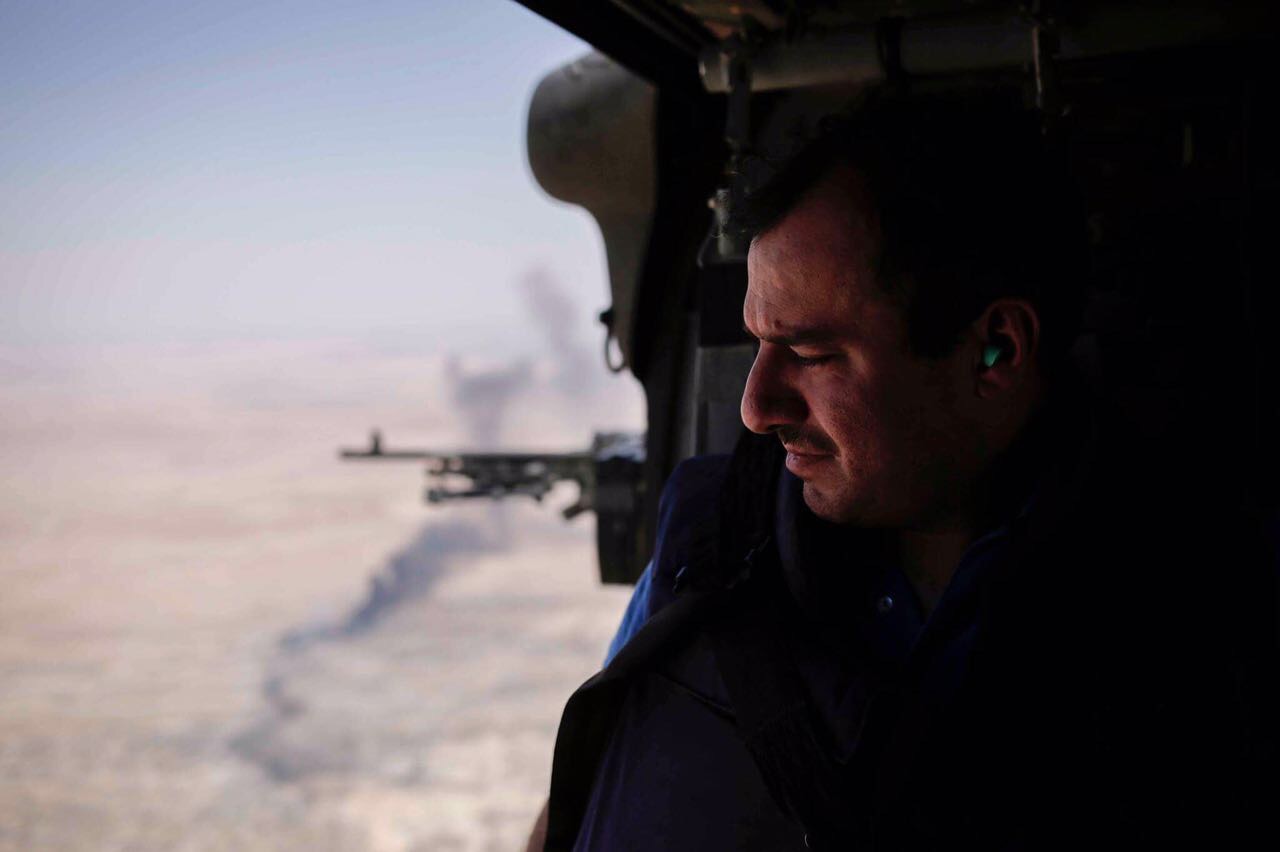 Unlike visiting foreign reporters, fixers don’t leave the country when the job is done. Central African Republic’s Bitta Bienvenu cites the photo of a soldier executing someone on a Bangui street that was taken by a news agency photographer with whom he worked. The soldier called the news agency to say that, if he had a problem because of the photo, he would be gunning for them. All of the staff were threatened, without distinction. “The journalist went home but I stayed there,” Bienvenu points out.

Proximity deepens the wounds, and creates invisible scars. “This job can break people because they feel powerless in the face of so much misery and suffering” in their own country,” said Salar Salim Saber, a fixer in northern Iraq and Kurdistan. “Journalists chase big stories because it’s their job, says Ömer Faruk Baran, who has been working with foreign media in the Turkish-Syrian border region for three years. But all “the forgotten sorrows” he has helped them to cover have caused him “indescribable grief,” he adds.

Zaher Said, a fixer in Syria, and Abdulalaziz al-Sabri, a fixer in Yemen, today resemble survivors traumatized by over-exposure to war. After frequent brushes with death in the course of gathering information in the field without ever being able to leave the war zone, they have sustained lasting scars and suffer bouts of deep depression.

Even crossing a checkpoint between one world and another can be trickier for fixers than the journalists they are with. “The fact that I’m from Donetsk makes both the Ukrainian government and the separatists suspect me,” said one fixer, who has been arrested and interrogated by the intelligence services on both sides several times. One compatriot, Anton Skyba, was taken away by gunmen as he escorted a US TV crew towards Donetsk. Thanks to protests by foreign media, he was released five days later, with his head shaved and his face swollen. “I just wanted to forget that nightmare,” he said.

The mere act of working with foreigners can raise suspicion. In a tense environment in which any information could be seen as extremely sensitive, the slightest incident can result in a fixer being accused of spying for a real or imaginary enemy. Saïd Chitour, a fixer for the BBC, France 24 and the Washington Post in Algeria, is suffering the consequences. He has been detained since June 5 on suspicion of providing foreigners with “classified information liable to endanger the country’s interests,” a charge that carries a possible life sentence. 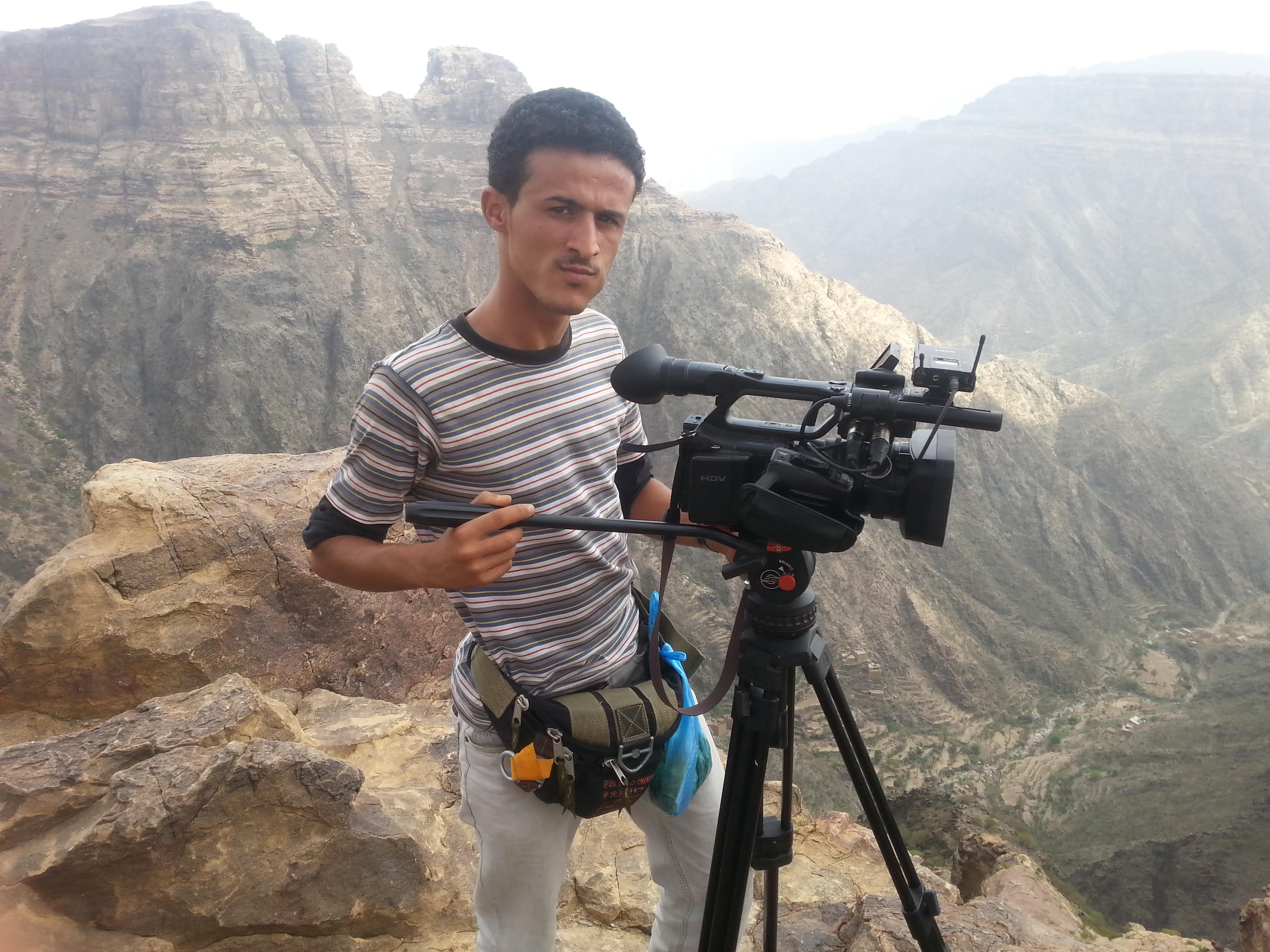 From spy to traitor is a just a small step. Both Bitta Bienvenu and Akbar Khan helped to produce reports in which one of the persons interviewed was later killed. In Bienvenu’s case, the head of an armed group in Central African Republic was killed a week later in a clash with a patrol of UN peacekeepers and local gendarmes. In Khan’s case, a Taliban commander in Afghanistan was killed by a US drone six months later. Both fixers ended up being accused of treachery.

The ensuing threats were such that both men had to go into hiding. After spending weeks or months concealed in their own home or in the home of friends, they finally fled the country. Bienvenu said: “I’m no longer free. I still feel a weight on me.” Khan, who now lives in France, said: “Losing both your child and your country is too high a price to pay. I’ve lost a lot but the journalists I helped have helped me. They’ve done things for me, and that has given me a lot of strength.”

Despite the profession’s problems and hardships, few of the fixers contacted by RSF said they regretted becoming one. This is because most of them are local journalists themselves, or aspire to become journalists, or just wanted to see “the truth emerge” in their troubled countries. It is both instructive and “an honor to work with leading media and experienced foreign journalists,” said Abdulaziz al-Sabri, who works as a fixer and cameraman in Yemen. Nonetheless, after being kidnapped by an armed group while out reporting with an Al Jazeera journalist, he has seen that the lack of a press card or ID showing that one works for a foreign media outlet can pose a security problem. As with freelancers, the media need to consider how to provide better protection for their fixers.

Consideration should also be given to insurance, security training and equipment (bullet-proof vests and helmets). “Fixers need the same legal protection as freelance journalists,” said Salar Salim Saber, a fixer whose status has improved since he began working regularly for an international news agency in Erbil, Kurdistan. He also thinks the names of the fixers should routinely be included in the credits of TV reports, as the BBC usually does, because “they are often the ones who found the story and organized the interviews.” And because the harshness of their profession should not be compounded by a complete lack of recognition. It would give them a deserved visibility.