Skip to main content
© Joep Bertrams (Pays-Bas) - Cartooning for Peace
RSF_en
On the eve of the second anniversary of the Charlie Hebdo massacre, Reporters Without Borders (RSF), Cartooning for Peace and other cartoonist associations pay tribute to all press cartoonists who defend media freedom by means of their cartoons.

How you wield a pencil can still lead to violent reprisals.Only too often, cartoonists pay a high price for their irony and impertinence. The threats they receive are barometers of free speech, acting as indicators of the state of democracy in times of trouble.

It is hard to say whether cartoonists are more exposed since the attack that killed 12 people at Charlie Hebdo in Paris on 7 January 2015. But they continue to be subjected to political, religious and economic pressure, to censorship, dismissal, death threats, judicial harassment, violence and, in the worst cases, even murder. As a profession, they are clearly threatened.

“Since the Charlie tragedy, many cartoonists have lived under constant political, religious and economic pressure, and pressure from non-state groups as well,” RSF secretary-general Christophe Deloire said.

“Accusations of offending religion are too often used as a tool of political censorship. It is essential to remember that international law protects cartoonists because it safeguards the right to express and disseminate opinions that may offend, shock or disturb.”

Cartooning for Peace president Plantu (Jean Plantureux) said: “Many cartoonists bear witness, in their battles and in the harassment and threats they receive, to the importance they assign to their efforts to raise awareness. Since the Charlie terrorist attacks, other tragic events have confirmed that, more than ever, we need to pursue our fight for freedom, one that is also waged with the pencil.”

RSF, Cartooning for Peace and the other press cartoonist associations have compiled the following profiles of cartoonists who have been dismissed, arrested, imprisoned or threatened because of their cartoons.

The chosen cartoonists are Zunar, who has been hounded by the Malaysian authorities for years and is be tried at the end of January; Tahar Djehiche, an Algerian cartoonist who was given a jail sentence for insulting President Bouteflika; Musa Kart, the Turkish newspaper Cumhuriyet’s well-known cartoonist, who is now in jail; and Rayma Suprani, who was fired from the Venezuelan newspaper El Universal over her cartoons about the government and now lives in exile in the United States.

Sometimes just reposting a cartoon can lead to prosecution and imprisonment. This is what happened to Tunisian blogger Jabeur Mejri, who was sentenced to seven and a half years in prison in 2012 in connection with his Facebook posts.

Zulkifli Anwar Ulhaque, the cartoonist better known as Zunar, is a symbol of the fight for freedom of expression in Malaysia and the government’s bugbear. Because of his cartoons denouncing the corruption in all layers of Malaysian society, he has been subjected to various kinds of persecution for nearly a decade including repeated detention, arrests of assistants and supporters, a travel ban, the closure of his website, the confiscation of his cartoons and a ban on his cartoon books. When the opening of a Zunar exhibition was disrupted by his critics in November, the police intervened, confiscated the cartoons and ended up taking him into custody. In December, he was arrested again when he organized a sale of his books to compensate for the financial loss resulting from the exhibition’s cancellation. As a result, he is now being investigated as a threat to parliamentary democracy. He is already facing up to 43 years in prison on nine counts of violating the Sedition Act, which violates freedom of expression by making it easy to prosecute journalists and cartoonists for supposedly “seditious” content. The pretext for Zunar’s prosecution was nine tweets critical of the government. His trial has been postponed twice in the past two years and is now due to start on 24 January. Last year he received the Cartooning for Peace Prize for his courage and determination. 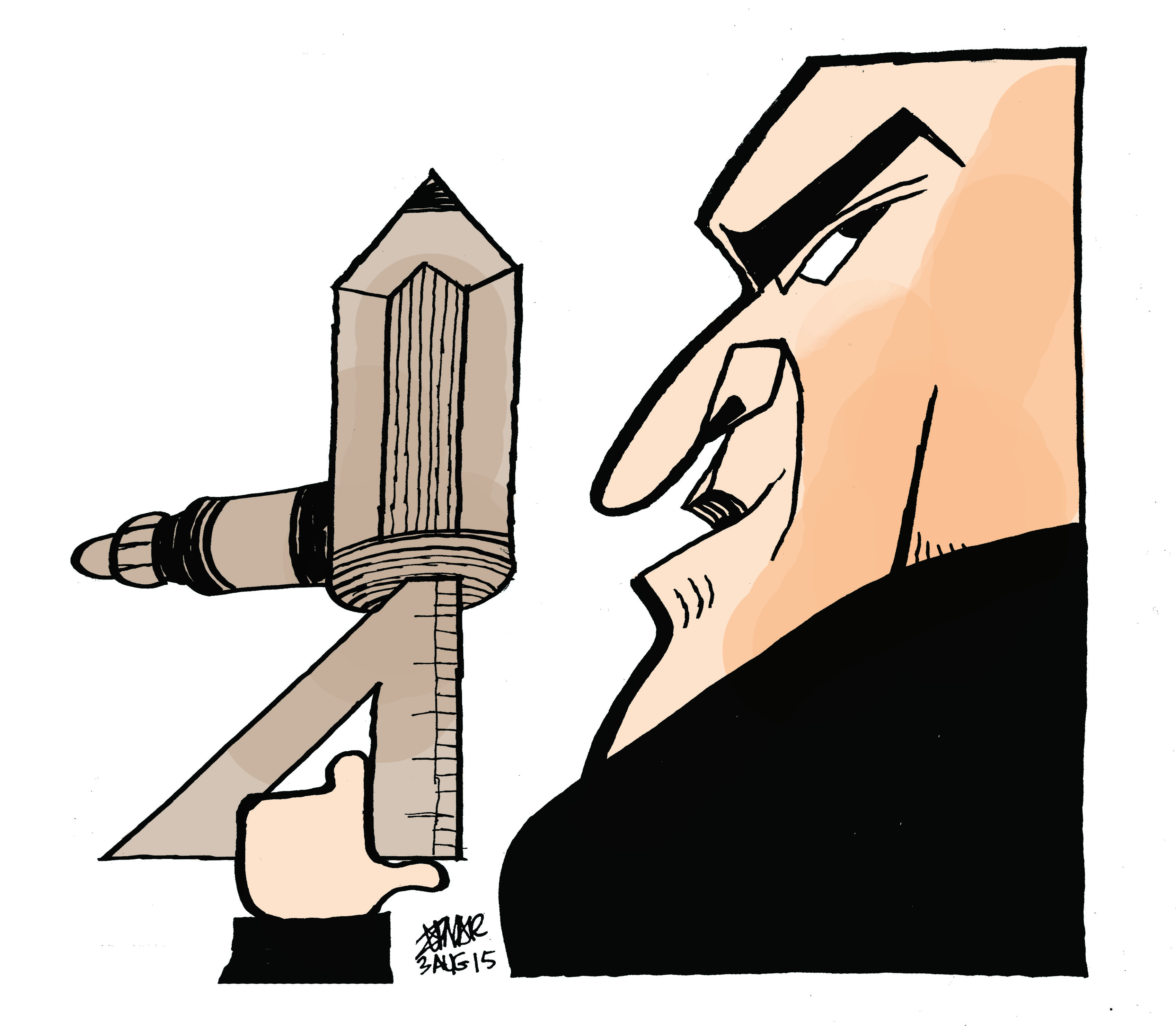 Rayma Suprani is a Venezuela cartoonist who worked for nearly 20 years for the Caracas-based daily El Universal. Her cartoons criticized poverty, the lack of social justice and abuse of power under President Hugo Chavez, and under his successors after Chavez died in office in 2013. She had often been subjected to threats and pressure but in September 2014 she went “too far” in one of her cartoons. It portrayed public healthcare in Venezuela – which has been undermined by the crisis in the petrodollar economy – as an electrocardiogram that began with Chavez’s well-known signature and then flatlined. She was immediately fired by El Universal, which had just been acquired by someone more sympathetic to the Chavista government. Deprived of her source of income, she fled to the United States, where she continues to use her pencil to fight for freedom of expression. 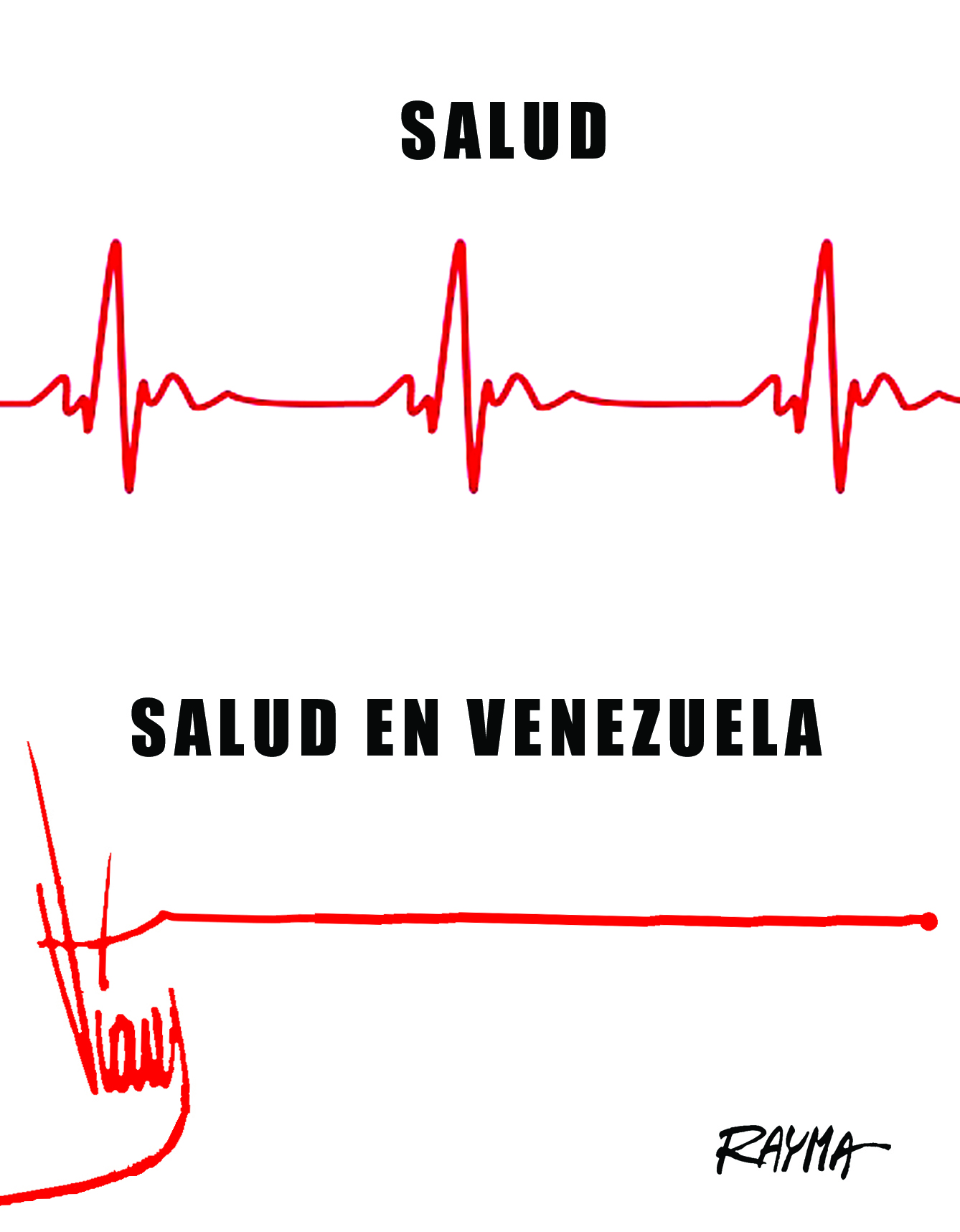 During the wave of arrests that followed last July’s failed coup in Turkey, the police detained a dozen employees of the leading opposition newspaper Cumhuriyet on 31 October. They included editor Murat Sabuncu, the newspaper’s lawyer, and its well-known cartoonist, Musa Kart. The head of the Istanbul prosecutor’s office said they were suspected of committing crimes on behalf of the Gülen movement (which is accused by the government of orchestrating the coup attempt). “For years I have tried to transcribe what we live through in this country in the form of caricatures and today it seems that I have entered one of them,” Kart said at the time. “What explanations will they give to the rest of the world? I have been taken into police custody because I drew cartoons!” 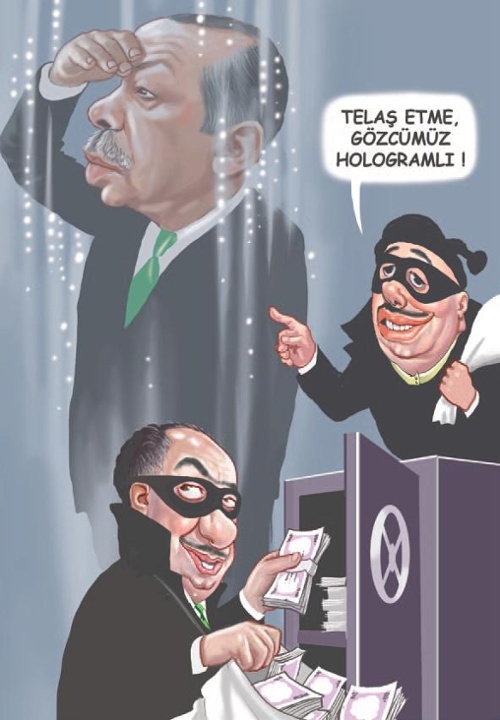 The Algerian cartoonist Tahar Djehiche posted a cartoon on social networks in April 2015 showing President Abdelaziz Bouteflika being buried under the sand of In Salah, a Saharan region where the population has been protesting against the use of fracking to produce shale gas. His aim was to draw attention to the environmental dangers of shale gas production by this means in Algeria, but he was charged with insulting the president and “inciting a mob.” He was acquitted in May 2015, but was convicted on appeal the following November and was sentenced to six months in prison and a fine of 500,000 dinars. Many international organizations have condemned this absurd and incomprehensible decision, especially as it is still not known who was responsible for the appeal. 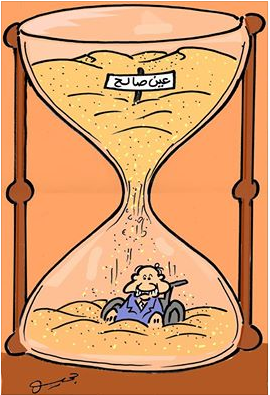 A 29-year-old Tunisian blogger, Jabeur Mejri was prosecuted in March 2012 for posting cartoons and satirical texts on social networks at a time of continuing tension just over a year after President Ben Ali’s removal, when anything to do with religion was extremely sensitive. The cartoons, in particular, were deemed to have insulted Islam. He was sentenced to seven and a half years in prison and a fine of 1,200 dinars on charges of disrupting public order, causing wrong to others, and violating morality. He was strongly defended by human rights groups, which regarded him as one of the first prisoners of conscience since the fall of the Ben Ali regime. After two years in prison, he was finally pardoned by President Moncef Marzouki and was released in March 2014. He was arrested again the following month on a charge of insulting an official. After a second pardon in October 2014, he left Tunisia. 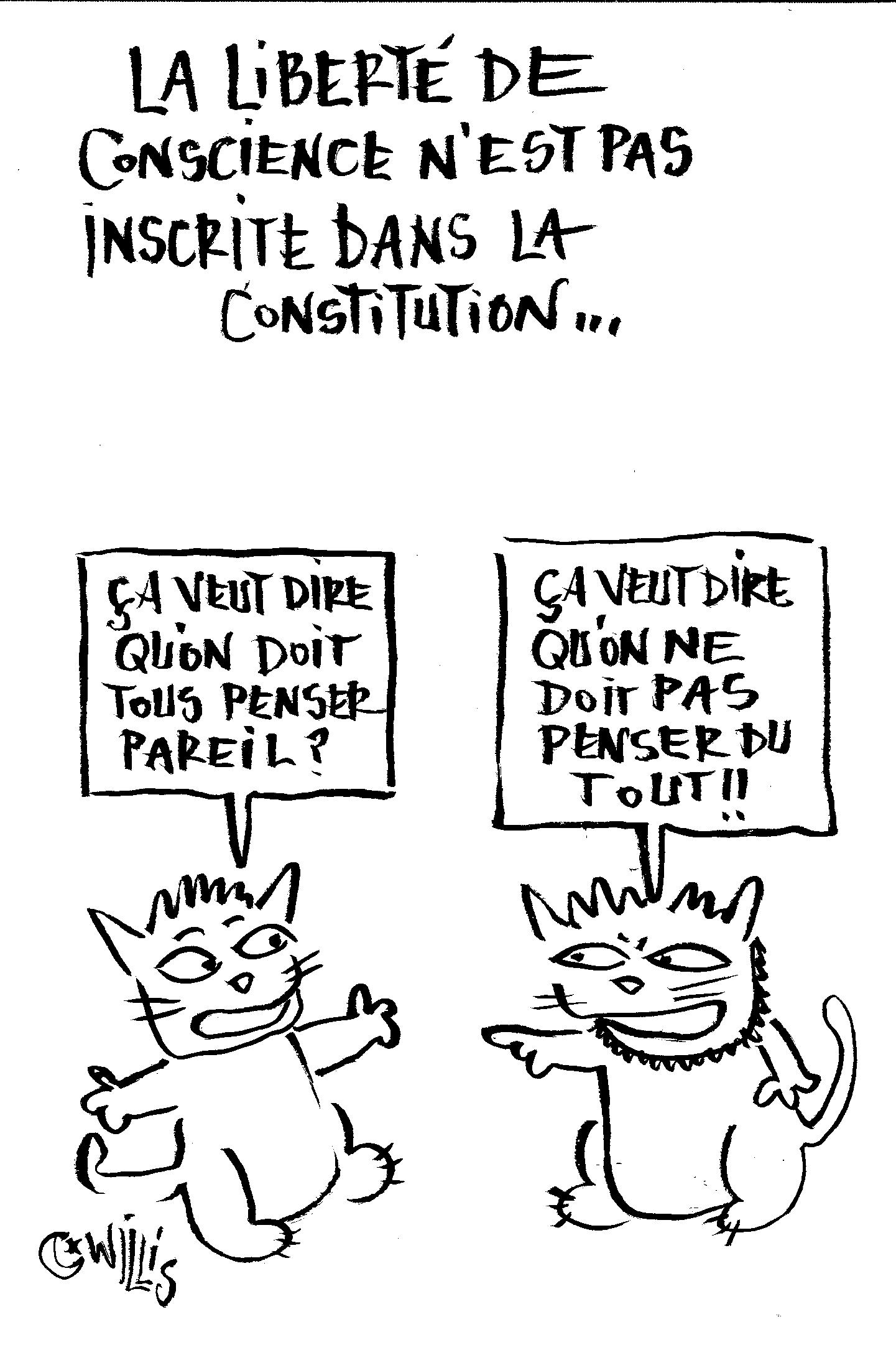 
The Association of American Editorial Cartoonists