Skip to main content
BBC Correspondent Jonathan Head (right) photo: BBC (screenshot)
RSF_en
Reporters Without Borders (RSF) urges the Thai authorities to drop their prosecution of British journalist Jonathan Head, a BBC correspondent who is facing a possible five-year a jail sentence on charges of criminal defamation and contravening the Computer Crimes Act over a September 2015 story about real estate fraud on the southern island of Phuket.

A senior member of the Foreign Correspondents’ Club of Thailand (FCCT), Head was formally charged on 23 February as a result of a defamation suit brought by Thai lawyer Pratuan Thanarak. The alleged fraud’s victim, British resident Ian Rance, is also charged with criminal defamation although none of his comments in the story and accompanying video concerned Pratuan.

“Thailand’s laws on defamation and computer crimes are used to persecute journalists and bloggers, many of whom have been forced to leave the country because these laws are so draconian,” said Benjamin Ismaïl, the head of RSF’s Asia-Pacific desk.

“Legal defence costs are exorbitant or even prohibitive, especially for freelancers and bloggers. And journalists have no hope of ever being compensated, even when they demonstrate that the allegations brought against them are completely spurious.

“The defamation laws and the Computer Crimes Act must be amended or repealed as a matter of urgency because they allow the targets of serious investigative reporting to gag the media at little cost and with no real grounds other than their dislike of the coverage. We call for withdrawal of the charges against Jonathan Head.”

Foreigners accused of criminal defamation or violating the Computer Crimes Act are subjected to severe formalities and restrictions. They must surrender their passports and are stripped of their visas and work permits after their current visas run out, before any court verdict. Trials can drag on for years and, in the meantime, foreign defendants have to submit a succession of 30 and 60-day visa applications. This will require Jonathan Head to travel to Phuket to retrieve his passport, and then return it, for each renewal. 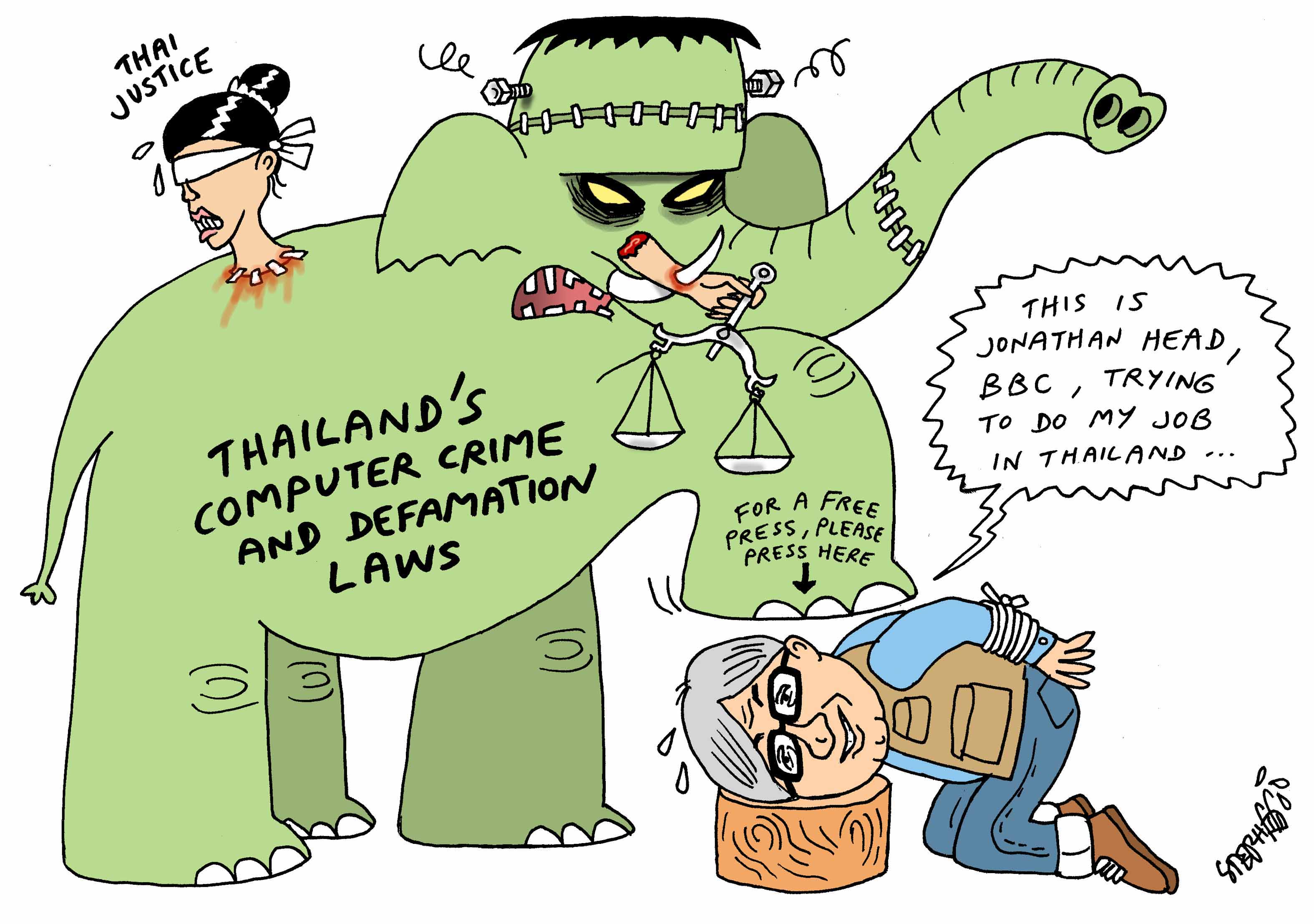 RSF is also concerned about the local and foreign media’s ability to cover the case freely. In a statement posted on its website, the FCCT said its members were “constrained in what can be said” about the case because of Thailand’s contempt of court laws. Journalists covering trials in Thailand often censor themselves out of fear of being accused of contempt of court, a charge that carries a possible seven-year jail sentence.