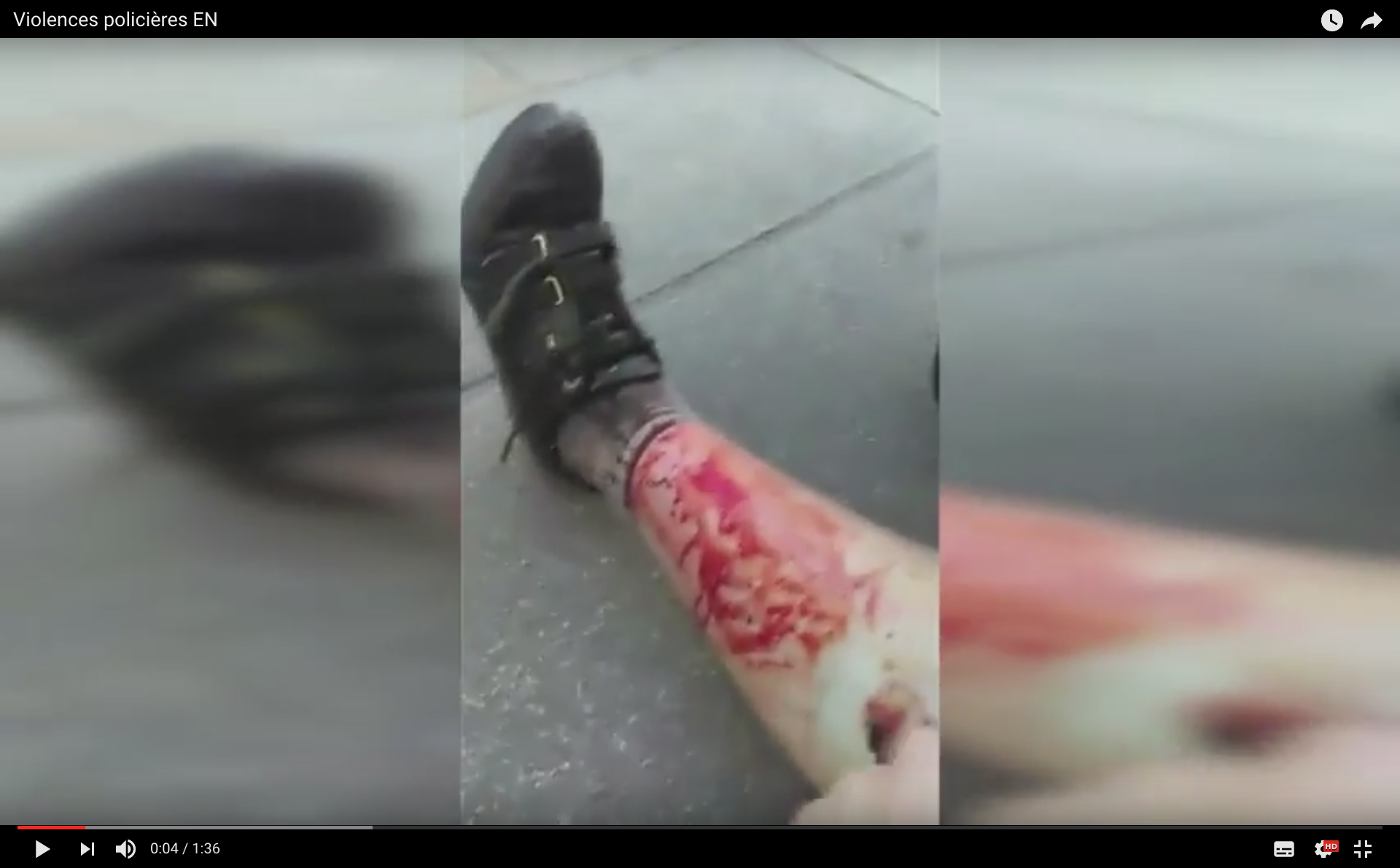 Reporters Without Borders (RSF) is asking French ombudsman Jacques Toubon to investigate ten cases of journalists who have been subjected to unwarranted violence by the security forces while covering demonstrations in France during the past year or so.

Police violence against journalists at demonstrations, including last year’s anti-labour reform protests and this year’s election-related demonstrations, is on the rise in France. Covering street protests and public events is now a risky activity for reporters and photographers. Wearing a press armband no longer protects them against violence by the security forces.

RSF has videos and photos of many cases of often-deliberate violence by members of the police or gendarmerie against journalists who were just doing their job, which was to cover events of interest to the public, to gather and disseminate information about what was occurring at these events.

The ten cases that RSF is referring to the French ombudsman illustrate the broader trend of police violence against journalists in recent months.

“We are asking the ombudsman to conduct investigations, to request sanctions where appropriate, and above all to issue firm and specific recommendations to the authorities, in particular, about the freedom of journalists to inform,” RSF legal officer Paul Coppin said. “Violence against journalists covering demonstrations is a form of censorship that we want the ombudsman to condemn unequivocally.”

Some of the cases that RSF is submitting to the ombudsman concern journalists who were hit by police. They include Maxime Reynié, a photographer who was hit by members of the CRS police during a demonstration in Toulouse in March 2016 although he had made it very clear that he was a journalist.

They include Michel Soudais, the deputy editor of the weekly Politis, who for no reason received a baton blow to the stomach from a member of the CRS, and Martin Lagardère, a photographer who was roughed by a member of the Security and Intervention Brigades (CSI) while trying to take photos during a demonstration.

Other journalists have been forcibly subdued and manhandled by the police for no reason. Thierry Vincent, for example, lost consciousness when he was thrown to the ground by a member of the CRS while covering a demonstration in May 2016 although he had previously made it clear that he was a journalist.

Others have been the victims of unauthorized use of police firearms. Although obviously a journalist, Estelle Ruiz was hit by a stingball grenade while filming a demonstration in May of this year. Three journalists – Ugo Amez, Louis Witter and Michael Bunel – were hit by Flash-Ball rounds fired in a flat trajectory, at close range or at the face.

Many journalists have sustained injuries or have been declared unfit to work as a result such violence. Amez was off work for three days after being hit by a Flash-Ball round fired directly at him. A baton blow broke one of Bunel’s fingers.

Journalists have also reported being the targets of threats, insults or offensive comments by members of the police. Witter was threatened. Bunel was insulted. A woman journalist who has requested anonymity was sexually humiliated.

All these journalists were identified as such or were easily identifiable, none was participating in the demonstration, and none had behaved violently, or said anything inappropriate or had done anything at all to justify such a response from the security forces.

RSF recognizes that the police have a difficult job to do, especially under the current state of emergency and amid repeated terrorist attacks. But in no way can these difficulties justify deliberate acts of violence against journalists.

The events being covered by these ten journalists – protests, demonstrations and police operations – are subjects of interest to the general public, who want to know how they go off, what grievances or demands are being expressed, how the authorities respond, and so on. Full and detailed coverage of demonstrations is essential for the public’s right to information.

RSF is asking the ombudsman to condemn what is a way of restricting press freedom, what is a form of censorship. As part of his oversight of the conduct of law enforcement officers, the ombudsman must remind the authorities of their obligation to protect journalists and ensure respect for media freedom.