Skip to main content
RSF_en
Reporters Without Borders (RSF) condemns the mounting harassment of journalists in the Democratic Republic of Congo and regards a government decree restricting local FM retransmission of foreign media broadcasts as illegal. 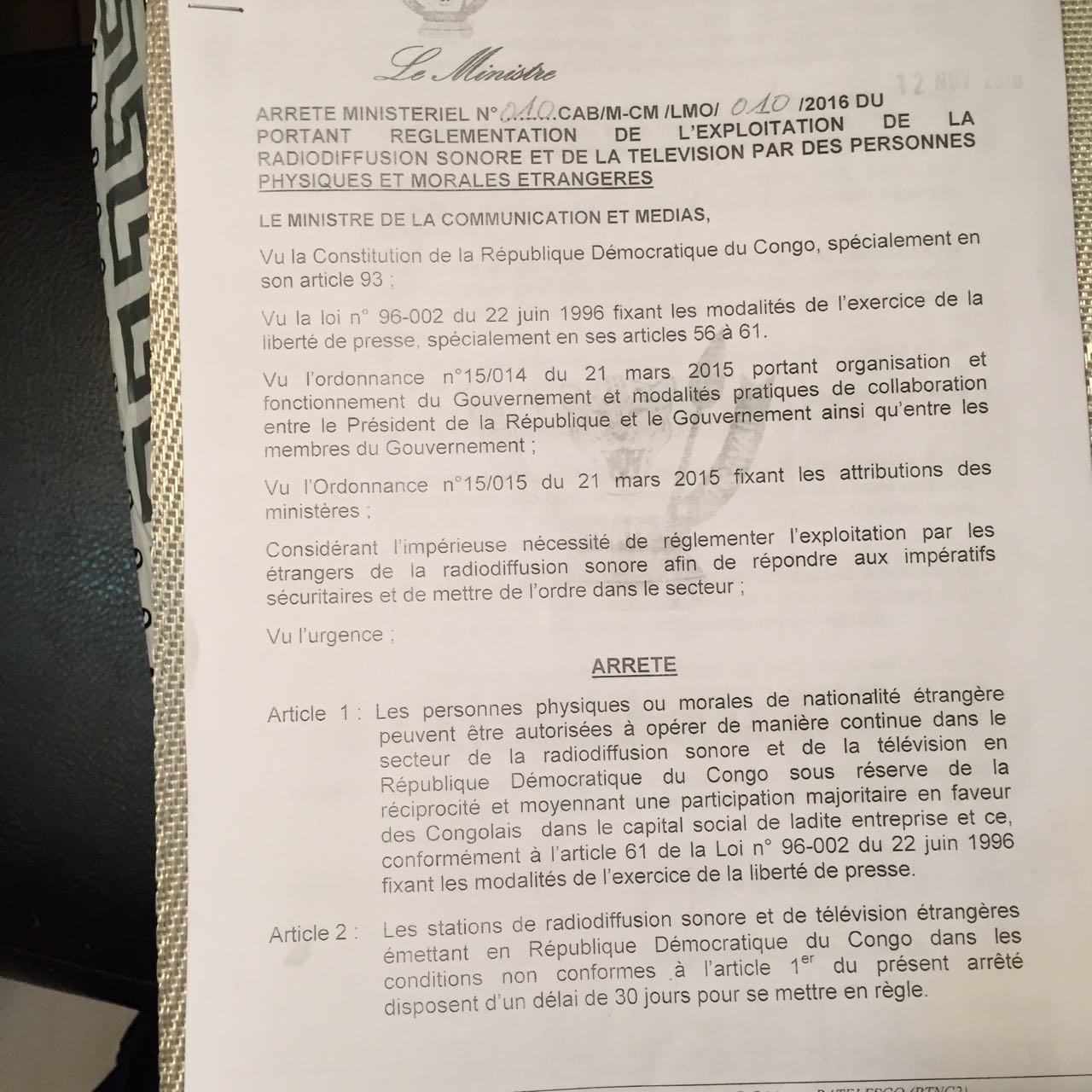 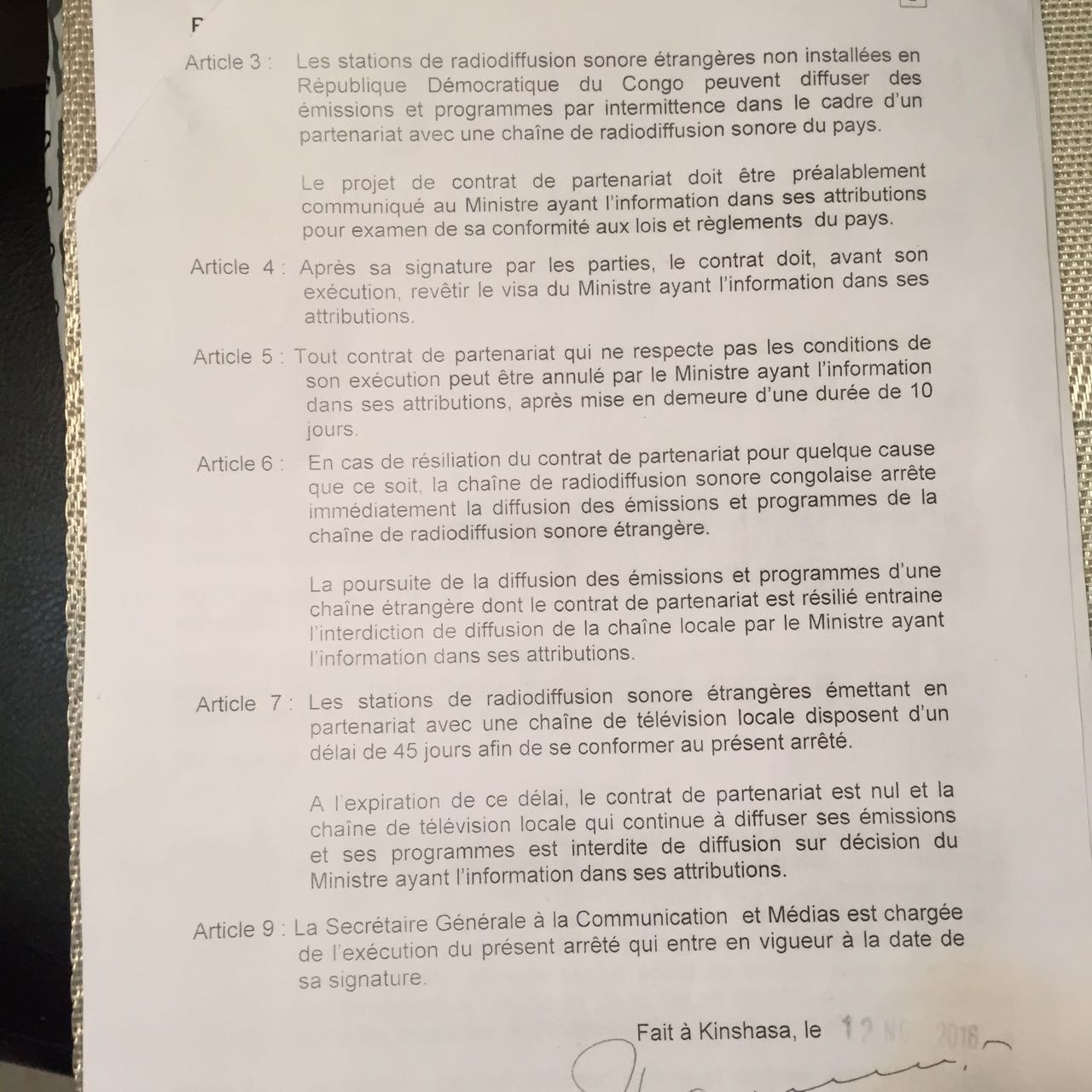 The UN has already argued that its relations with the DRC are governed by the agreement that created the UN mission and that Radio Okapi is therefore not concerned by the concept of “reciprocity” in the 1997 media law – an obsolete law that the government undertook to change during the 2013 “national consultations.”

Under article 3 of the 12 November decree, foreign broadcast media that are not based in the DRC may only broadcast intermittently and may only do so by means of a partnership agreement with a Congolese broadcaster that must be approved by the communication ministry.

This constitutes a clear encroachment on the powers of the Higher Council for Broadcasting and Communication (CSAC), whose duties include verifying the statutes of broadcast media outlets.

Furthermore, conditioning foreign media operations on the operations of local broadcasters, which are vulnerable to political, judicial and economic pressure, threatens the “pluralistic, reliable and objective journalism” enshrined in article 24 of the DRC’s constitution.

“This decree violates the DRC’s laws and constitution,” RSF editor-in-chief Virginie Dangles said. “We call on the communication minister to withdraw it at once because it constitutes clear political interference in the Congolese public’s right to information. The president and his government have a duty to respects the laws linking them and their country’s citizens.”

When UN Security Council members visited the DRC from 11 to 13 November, they told President Joseph Kabila that he needed to respect media freedom and to restore RFI’s signal.

The Congolese media and journalists are often the targets of unpunished physical attacks and acts of censorship for which local officials, the intelligence services, the army or the communication ministry itself are responsible.

Marcel Lubala was deliberately murdered in the south-central city of Mbuji-Mayi last week, probably by police officers. The Kisangani News newspaper was banned from publishing on 17 November on supposedly administrative grounds although an official said the newspaper had been disrespectful.

Two journalists were detained at the headquarters of the National Intelligence Agency (ANR) for 24 hours last week for broadcasting an interview with opposition politician Moïse Katumbi, although Katumbi just asked the Congolese public to support the football team he owns.

In October, a journalist was arrested by the ANR and then tortured by the military because he had brought opposition supporters, government supporters and civil society representatives together in a Radio Ngoma ya Amani studio in Sud-Kivu province. He had to go into hiding after being released.

The DRC is ranked 152nd out of 180 countries in RSF’s 2016 World Press Freedom Index while its president is on RSF’s list of press freedom predators because he allows attacks on journalists to take place with complete impunity.