Skip to main content
Citizen journalist and RSF award laureate Huang Qi Photo: cn.rfi.fr
RSF_en
Huang Qi, a citizen journalist who founded the 64Tianwang news website, was arrested exactly three months ago. Reporters Without Borders (RSF) calls for his unconditional release and the release of all the other citizen journalists and bloggers imprisoned in China.

As China and its president, Xi Jinping, prepare to celebrate the New Year on 28 January, RSF is concerned about the unprecedented decline in freedom of information in this country. 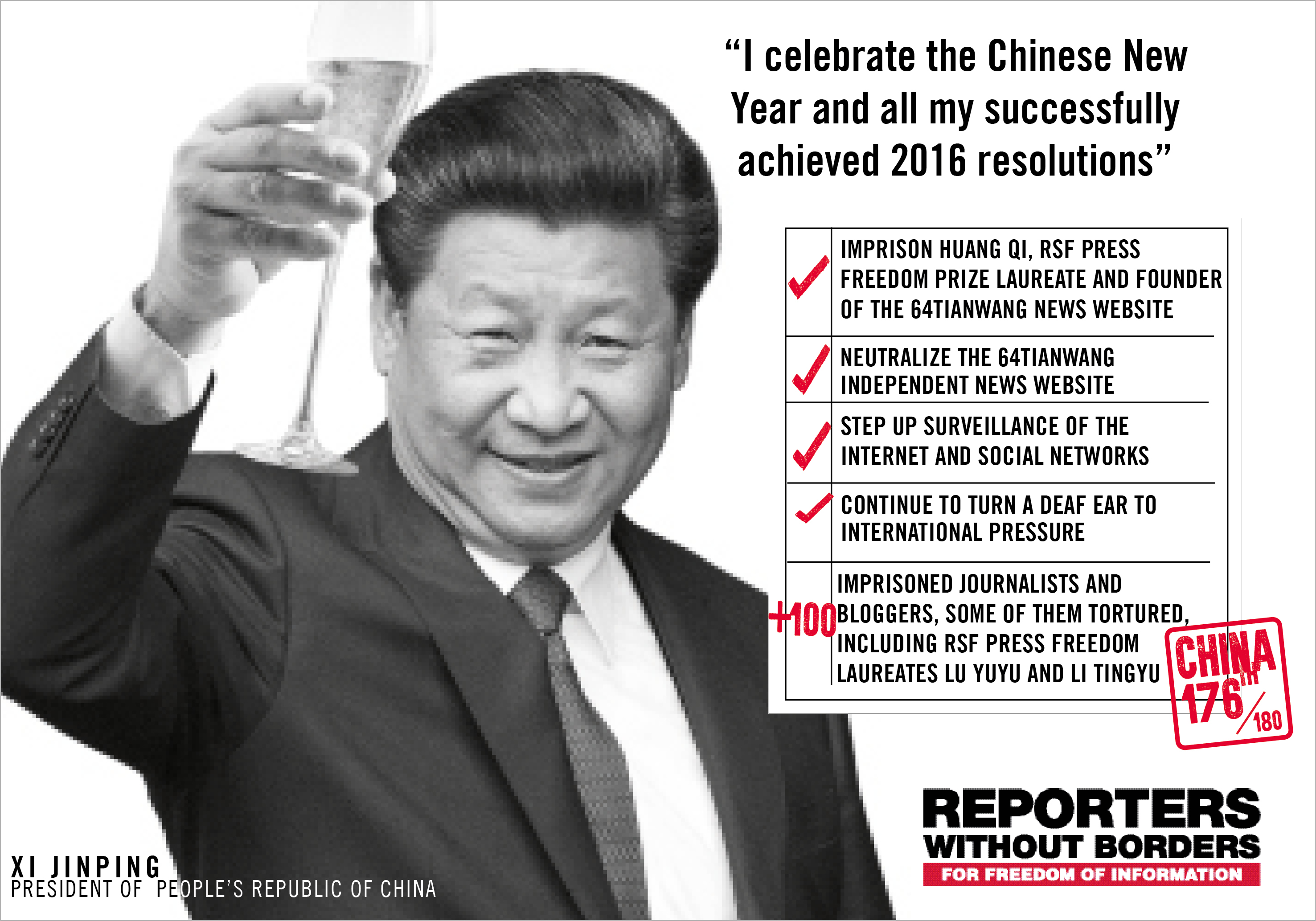 The online activist Huang Qi was jailed exactly three months ago on a charge of “divulging state secrets,” according to the regime. The website he founded, 64Tianwang, was the first human rights website to be established in China and continues to be one of the few such sites operating inside the country.

They include the well-known journalist Gao Yu, the Nobel peace laureate Liu Xiaobo, the Uyghur intellectual and journalist Ilham Tohti, and the citizen journalists Lu Yuyu and Li Tingyu, who were awarded RSF’s Press Freedom Prize in 2016, as was 64Tianwang.

In 2017, China continues to be on RSF’s list of “enemies of the Internet” while President Xi is still on RSF’s list of “press freedom predators.” China is nowadays ranked 176th out of 180 countries in RSF’s World Press Freedom Index.