Skip to main content
RSF_en
Reporters Without Borders (RSF) visited Afghanistan from 5 to 12 November with the two-fold aim of providing journalists with training in election coverage ahead of next year’s parliamentary elections and meeting with government officials to press them to take concrete measures to protect the media.

Participants were given copies of the new Persian-language and Pashtun-language version of the Handbook for Journalists during Elections, which RSF produced in partnership with the International Organization of the Francophonie (OIF). 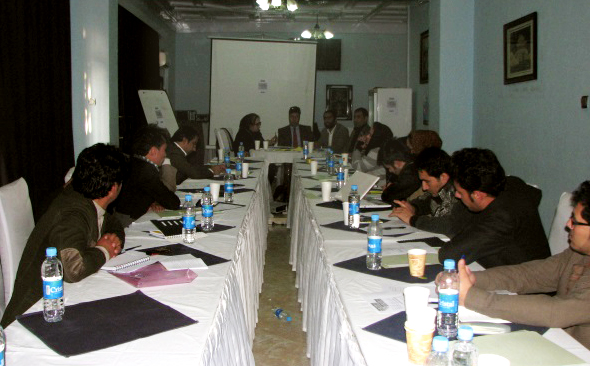 “At a time when the enemies of democracy and freedom of information are stepping up their war and their threats against the media, RSF has chosen to speak about peace and to promote democratic values by helping journalists to prepare for the next parliamentary elections, an important moment in Afghanistan’s democratic life,” said Reza Moini, the head of RSF’s Afghanistan desk.

The seminar explained the rights and duties of journalists in free and democratic elections, in which their job is to provide voters with the information they need. It stressed the principles of balance, neutrality and honesty, and the importance of the legal framework. Workshops were also organized, as well as debates between journalists and legal specialists in Afghan law and the media.

RSF’s trip also aimed to stress the importance of security, which journalists and media need in to function freely.

To this end, RSF met Afghan head of government Abdullah Abdullah, information and culture minister AbdulBari Jahani, presidential spokesman Sayed Zafar Hashemi and other government officials as well as representatives of journalists’ associations and media that have been threatened by the Taliban and Islamic State in recent months.

Amid continuing threats from these armed groups, RSF’s representative reiterated RSF’s appeal to President Mohammad Ashraf Ghani and Abdullah Abdullah to do whatever is necessary to protect journalists, above and beyond the “Pact for the protection of media and journalists,” which they have undertaken to implement.

Government officials and representatives of journalists’ associations and media participated in a conference on security for journalists and Afghanistan’s ranking in the World Press Freedom Index that RSF and the Afghan Journalists Safety Committee (the local branch of International Media Support) organized on 8 November.

In an unprecedented face-to-face encounter watched by the media, government officials* and journalists discussed the media’s safety concerns and ways to improve security.

Najiba Ayubi of Radio Killid, whose regional office in Jalalabad (in Nangarhar province) was badly damaged by a homemade bomb on the night of 10 October, described the constraints on media and journalists and criticized the inadequacies of the government’s protective measures.

Sediqolah Tohidi of the media freedom group NAI stressed the need for rapid responses and measures from government officials after the latest threats. He also raised the problem of violence by the security forces against journalists.

Two government officials with security responsibilities, Gen. Dawlat Waziri and Gen. Mohammad Ayoub Salanghi, said the media had their full support. “We will do everything in our power to protect journalists in their work and to protect the freedom of expression and information won in recent years,” Gen. Waziri said. “Protecting the media is a state duty,” Gen. Salanghi added. 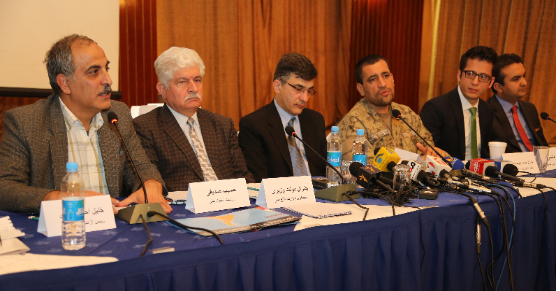 Rahimullah Samandar expressed misgivings about the lack of strategic planning as regards protecting the media, while Shah Hossien Mortazavwi said: “The threat against ToloTV and TV1 constitute a threat to all the media and the authorities need to act accordingly.”

In response to these comments, the government officials reminded the media of the measures taken by President Ghani, who met media representatives and media associations immediately after the recent Taliban threat, as well as the measures taken to facilitate the work of foreign journalists.

Security spokesman Abdul Hassib Sediqi assured the meeting that the National Security Directorate was ready to protect journalists. Information and culture ministry representative Khalil Minawi denied that his ministry had any intention of monitoring and censuring online social networks.

The conference’s two organizers, RSF and AJSC, made several recommendations for improving the protection of journalists and combatting impunity for acts of violence against media personnel.

One of the proposals was the creation of a crisis unit including security officials, journalists and NGO representatives in order to better coordinate efforts to protect the media. RSF also called for the creation of an independent broadcast media regulatory authority to guarantee both media freedom and media responsibility.

At the meeting with Abdullah Abdullah on 10 November, RSF raised Afghanistan’s ranking in the World Press Freedom Index and the issue of impunity as one of the main reasons for the continuing violence against journalists. 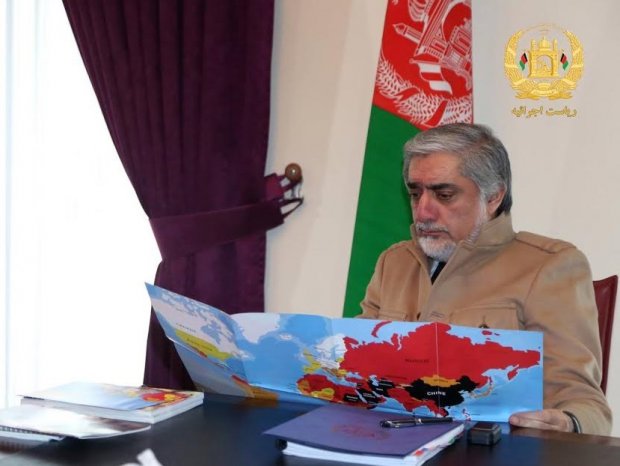 Abdullah reiterated his commitment to media freedom and promised to support RSF’s international initiatives, including its proposal for the creation of a post of special representative of the UN secretary-general for the protection of journalists. He also hailed RSF’s desire to combat impunity and its attempts to get the Afghan justice system to shed light on the 2007 murder of Zakia Zaki, the director of Sada-e-Solh (Radio Voice of Peace), whom he described as a “great woman combatant.”

RSF’s meeting with the information and culture minister the same day addressed Afghanistan’s position in the Press Freedom Index (and what needs to be done to improve it), the safety of journalists, and the need for certain government departments to respect the media law, especially as regards media offences. 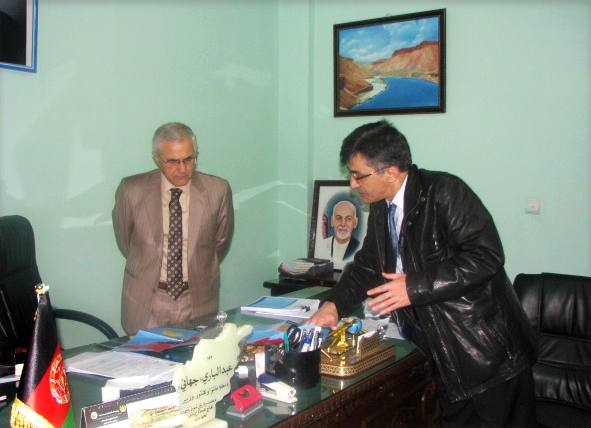 Finally, RSF visited the headquarters of several news organizations, meeting with journalists and executives. They included ToloTV and TV1, two privately-owned TV stations that were recently declared “military targets” by the Taliban.

“At a time when the Taliban have declared Afghanistan’s two biggest TV stations to be military targets and have given orders for them to be attacked, we want to be at their side and we reiterate our call for Taliban delegations abroad, especially the Taliban office in Doha, to be held to account for every Taliban attack on journalists and media,», RSF’s Reza Moini added.

he two TV stations have been under police protection since the Taliban statement. They refused military protection but have hired security guards. Khpolwak Safi, one of ToloTV’s directors, and TV1 editor in chief Abdullah Azada Khenjani insisted on the importance of maintaining their independence.

“The danger is that anyone can attack us in the name of the Taliban,” said Khenjani, who said the authorities were not taking TV1’s protection sufficiently seriously. Safi added: “We do our job of reporting the news. We want to keep going. Despite the danger, we will overcome our fear.”