Skip to main content
RSF_en
Reporters Withour Borders, the Committe to Protect journalists, Pen America and Freedom Now write to President Mohamed Ould Abdel Aziz of the Islamic Republic of Mauritania to ask for the release of blogger Mohamed Cheikh Ould Mohamed. Mohamed Cheikh Ould Mohamed has been sentenced to death for an article published on the newswebsite Aqlame in Décember 2013 , which criticized Mauritania’s caste system. His appeal for forgiveness has not yet been heard. 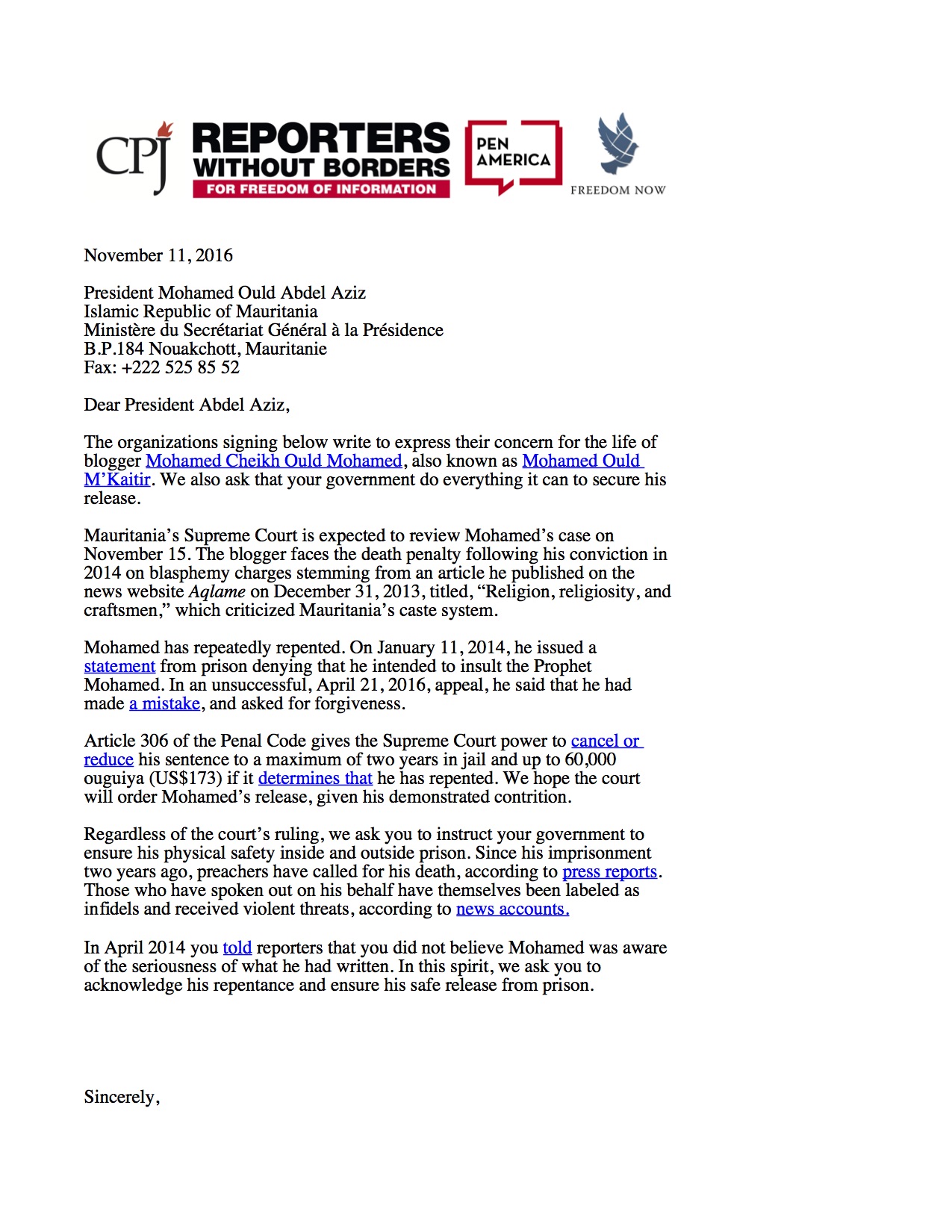